The Golf of Maine

Why is Spieth with Palmer? He lost to his caddie — “Edmondson made a wager with Spieth: If I beat you today, you have to partner with Ryan at the Zurich.”

Book Review – Golf’s Iron Horse — “From 1910 to 1953, pencil salesman Ralph Kennedy put together one of the most astonishing records in the history of sports: playing 3,165 unique golf courses. Even more astonishing: he saved a card from every one of those courses, with a signature to attest that he had indeed completed the round.”

Penalties in golf start with the player, not the TV viewer — While golf is a solitary, unique game, we try to imagine what would happen if baseball allowed viewers to call in balls and strikes.

How A Set Of Golf Clubs Captured Some Of Call of Duty: WWII’s Best Sounds — How the game of golf made a lasting contribution to the gamer world… “…I went out to the third hole and played it all day long – it was right at the end of the runway. So when a bomber took off, I got amazing bomber flybys and recordings, I did that all day.”

Golf for Workgroups — Speaking of gamers, since the weather isn’t cooperating, here’s one in which up to four players navigate a biped around a height field texture mapped to look like a golf hole.

So a Hindu, a Muslim and a Jew are playing golf together in Dubai — “The simplicity of it makes everyone attempt it, but the subtlety of it makes almost everybody get frustrated with it…” 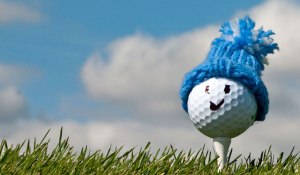